“Attend the tale of Sweeney Todd.

His skin was pale, his eye was odd.” 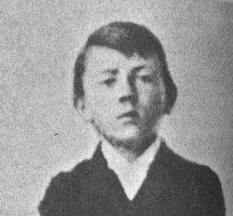 This lyric always reminds me of the young Adolph Hitler, growing up in his home town of Linz Austria, spending all his time painting pastoral watercolors of the surrounding Alpine splendor. At this point in his life he had no political aspirations, and seemed to suffer from no apparent “Struggle”. He was happy

painting his watercolors, and hoped, one day to apply to the great Art Institute in Vienna, where he could study with the masters, and perfect his craft. Then they would accept him in his community as the great artist that he knew he surely was. He would have stature. All would know him and appreciate his talent. He would be looked upon as an equal by the great men of his land, and looked down upon by none. Then they would listen to him.

His mother took in laundry to help with the family finances,

since young Adolph was too preoccupied with his painting to be of much help. She made him his favorite meal of tea and potato soup, and thought silently to herself, “Mein kleine Adolph, one day they will understand your worth”, as the little artist wolfed down his soup, and dashed off to a neighboring hillside to begin yet another example of his limitless vision.

And one day the postman brought a letter. Frau Schickelgruber held it in her trembling hand. It was from Vienna. From the Art Institute. Out the door she flew, and up the hillside she ran, the letter held in her clenched outstretched fist, to deliver the good news to her boy. Adolph tore open the envelope, anxious to read his acceptance to a better world. The answer to his artist’s prayers. The epistle of approval that would grant him entrance to all previously closed doors,

After careful review of your lovely paintings, and with consideration for the limited space here at the Institute, it is with utmost regret that we must inform you that your application has been rejected. Considering your special talents, we are quite certain that you will make your mark in a world such as this, and have no doubt of your future success.”

The phrases kept turning over in his mind: “careful review………limited space…….utmost regret……..make your mark………world such as this…….future success.” He was speechless. He was crushed. All his hopes were dashed on the rocks of “careful review” and “utmost regret”. His mind began the process of assimilating the information in the letter. Who reviews? Who regrets? Who rejects? Just who are these people? Just who exactly was in charge at this Institute? He had heard stories of what goes on in the big cities, but he never paid heed because it never affected him. But now his whole life has been turned upside

In his mind he began to construct the identities of the members of the board of review at the Vienna Institute of Art. Jews. They must be Jews. No honest German would reject his paintings. Any honest, god fearing German would see the 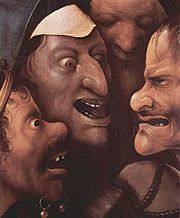 Wagnerian wonder in every stroke of his brush. They MUST be Jews. He began to see the room clearly now. Sitting at a great table were vulgar rodents wearing yamulkas and sporting huge noses, with beards and dark hair growing everywhere, pointing at his beautiful watercolors and laughing. LAUGHING! And speaking in guttural, unintelligible eastern European languages. JEWS. Jews sitting in judgment of Germans. Gott im himmel! And not only Jews, but Poles, and Czechs, and even Gypsies. Gypsies laughing at his paintings. UNGLAUBLISCH!

So young Adolph, his rejection letter clenched firmly in his hand, stood there with his mother on that Alpine hillside, and vowed to do something about this. To do something about a world where things like this could happen. To help create a world of order out of a world of chaos. A world where honest Germans could live their lives unafraid of judgment by, or contact with, the inferior races. A world that appreciated real art. A new world. A German world. A world where, despite the plots of the Bolshevik mongrels, the trains would run on time. 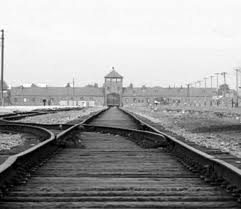 If only they had liked his watercolors.