She Looked So Peaceful

Excerpted from the manuscript of my childhood memoir:

THE LAST TIME I SAW JESUS 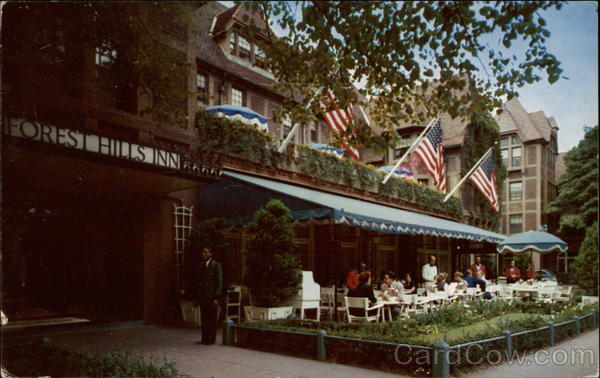 The Kew Forest School was located right on the border between the Forest Hills Gardens, and Kew Gardens, the next community to the East. Their student body was made up of a pretty even smattering of Protestants and 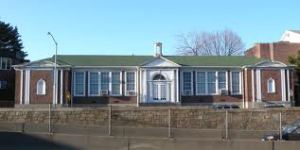 Jews, with a few recovering Catholics thrown in for good measure. It was a small, secular, private school, attended by students from all over the borough of Queens. My friend Jimmy went there, and the Bullock twins, the Baxter brothers, Jeff McGann, Frank Sperandeo, and several other kids I knew from the Gardens. It was the kind of institution that was completely outside my experience. There was no hitting, no statues with internal organs showing, no threats, no Sousa marches, no praying, no music room/punishment chamber, and no promise of the eternal agony of roasting in the fires of hell for the egregious crime of talking on line. I don’t think they even had a line. A very mysterious place.

Knowing their route home from school, I would sometimes intercept Stuart and Stephen Bullock, and the three of us would cruise the Gardens on our bikes for a while before winding up at their house for a snack. I liked the Bullocks. They were my size, had the same coloring, were totally unchallenging, and were even worse at sports than I was. Sometimes it was comforting to wallow in the company of compatible mediocrity. My friend Jimmy, on the other hand, who was a constant mental challenge, was good at everything. He was the best natural athlete I had ever seen, the best tennis player his age in the borough. The first time he ever picked up a basketball in his life I saw him make six shots in a row from the foul line. Six shots. It took me a year of daily practice before I

even came close to that. He was just better than I was at everything, and probably always would be. He was my best friend, but sometimes I needed a short respite from constantly coming in second, and the Bullock twins were just what the Doctor ordered. The boys were funny, their parents were welcoming and friendly, and the whole after school experience at their house was pretty positive. When it was time for me to return home, we said our good-byes, and made plans for a repeat performance the next day.

It was about a five-minute bike ride from their house to mine, and riding a bicycle around the Gardens was one of the best things about living there. There was very little traffic, and after a while you got to know most of the residents, so that people would wave to you as you cruised by. After

collecting waves from Mrs. Watson, and Doctor Kauer, I passed by Sherman Becker’s house, and there was old Sherm, sitting on a bench next to his garage. The word on Sherman Becker was that he was some kind of genius. He went to a special school in Manhattan for kids with extremely high IQ’s and, although a bit strange, he was a nice enough kid to be around. Sometimes in the middle of a sentence Sherman would drift off to some place far away, and 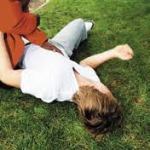 just stare at nothing that was visible to anyone else. I never saw it, but kids told me than Sherman had seizures, where his whole body would shake, and he would fall on the floor and try to swallow his tongue. He had an illness called Epilepsy, and had to take medication that sometimes made him moody. “Hey Sherm”, I yelled, as I cruised by, but he didn’t seem to notice me, and I continued on down the street. After a few blocks I stopped. Something was wrong. Sherman looked like he was doing one of his, “staring into oblivion” routines, and if his parents weren’t home maybe it was dangerous, so I turned abound and headed back to his house.

He was sitting on the bench next to his garage, and just staring into space. I had seen him do this many times and, sooner or later, he would just snap out of it. I tried talking with him, but got no response. Sherman was somewhere

far away, and I’m sure he had no idea that I was even there. It was at this point that I became aware of a noise. A humming, mechanical sound, like a car motor, but very quiet, like it was far away. But it wasn’t far away. It was in Sherm’s garage, and with the doors closed you could hardly hear it. The Sisters had shown us safety films at school about the dangers of running a car 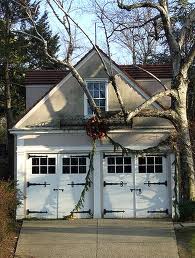 inside a garage. There was some kind of gas that put you to sleep, and you never woke up. So the logical thing seemed to be for me to open the garage doors and somehow turn the car off. I opened both of the large front doors, and the smoke inside was a silvery color, and had a gasoline smell. There was a small back door to the building so I ran around and opened it, thinking that the breeze would blow the poisonous fumes from the garage.

I stood there, waiting for the fumes to clear so that I could somehow shut the car off, when I saw it. There was something or someone in the car, behind the steering wheel. I froze. As the breeze blew the silver smoke past me I could see that it was a person. All I knew was that I had to turn the car off, so I covered my nose and mouth and ran for the front door on the driver’s side. I opened the door to reach for the keys when I came face to face with Mrs. Becker. I gasped and flew backwards, crashing into the garage wall. My lungs were expanding and contracting with such force that I could hear my breath over the din of the motor, and I could barely see through the tears. I was violently crying, not from sadness, but from shock and fear. I had to turn that car off, no matter what, so I opened the door again and reached across Mrs. Becker’s lap and fumbled with key, which was on the right of the steering column. Doing this bought my face inches from hers, and my whole body was trembling so violently that I couldn’t seem to turn the key. But then I did, and the motor stopped, and I was still only inches from Mrs. Becker, and I could hear myself gasping for air. I wanted to say something to her. Maybe she was only asleep. She looked so peaceful. But my mouth wouldn’t move. The words wouldn’t come. Maybe she would open her eyes, and stretch her arms the way people do when they wake up, and look down at me and invite me to dinner. But she didn’t. She didn’t move. I realized that Sherm was still outside so I backed slowly out of the garage, never taking my eyes off Mrs. Becker. 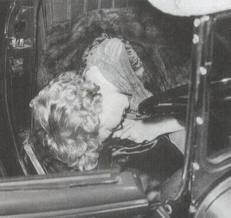 Sherm hadn’t moved a muscle. His mind was occupying another world altogether, either because be was steeped in the denial of this horrible event, or because that’s just what his mind sometimes did. There was no 911 back in the fifties. Emergencies were reported to the telephone operator, who then forwarded the information to the appropriate authorities, so I dialed “O”. When she answered I said that my name was Sherman Becker, told her the address, and that there had been a terrible accident, and I hung up. Outside I tried to communicate with Sherm, but had no success. He had no idea that I was there. I had done what I could do. I had tuned off the motor, and reported the tragedy, and the best thing for me to do was to get out of there before the police came. No one would ever know that I had been there. They would simply assume that Sherman turned off the car motor, called the operator, and then flipped out, which was pretty understandable under the circumstances. I just didn’t want to be involved in this.

I raced toward home as fast my legs could peddle, but after a while I came to a stop, dropped my bike, sat down on the curb and started sobbing, completely overwhelmed by the events of the past few minutes. Or was it longer? I had lost track of time. My lungs seemed near exploding, my breath gushing in and out, wheezing like an asthmatic gasping for air. I had seen dead people before on Wayne Baxter’s cadaver tour, but this was different. I knew Mrs. Becker. She had always been nice to me, and now she was dead. She wanted to be dead so she closed her garage doors, slid behind the wheel, turned on the motor, fell asleep, and then died, just like in the safety film we saw in school. But she didn’t look dead. Not like the translucent cadavers at the Fox Funeral Home. She looked like she was asleep. She looked so peaceful. 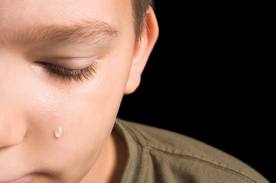 This entry was posted on February 13, 2011 by shauncostello. It was filed under Fiction and non-fiction from Shaun Costello and was tagged with Epilepsy, Epileptic Seizures, Forest Hills Gardens, Kew Forest School, Kew Gardens, Kids on bikes, Shaun Costello, Shaun Costello's Blog, Suicide, The Last Time I Saw Jesus.