Bewildering as it might seem to those who actually take the time to think about it, not to mention the efforts of founding fathers like Thomas Jefferson who tried to prevent it, America considers itself a Christian Nation. Even though prayer in public schools has long since been abolished,

and federal funding of faith based activities is allegedly monitored by our three branches of government; during the almost two hundred years preceding the implementation these much-needed and often questioned safeguards, Christianity sank its teeth so far into the fabric of our Nation that removing the embedded dental debris is now impossible. The idea of deleting slogans like “In God We Trust” from our money, or public buildings would be political suicide to any enterprising public servant foolish enough to suggest it. And that’s OK, I guess – what harm does it do? But Fundamentalist Christians not only

want to propagate their beliefs, at the public expense, they want America to have a National Religion – theirs. And a set of laws based on their beliefs. The  Florida Senate is in the midst of debating legislation the would make it illegal to obtain an abortion, regardless of the  circumstances of the pregnancy, without the pregnant woman involved first seeing a sonogram image of the fetus. Perhaps the woman in question should also be required to view the Shroud of Turin.

Christians have an exaggerated sense of entitlement regarding their relationship with America – basically that it belongs to them, and coloring their chronicle as the stalwart founders and defenders of the nation, any which way they choose, is their birth-right. But, it’s not just revisionist meanderings about American

history that intrigues and befuddles them, but the history of their own religion, as well. Ninety percent of Christians think Jesus (if there was such a person) spoke Hebrew. Of course, the lingua franca of that time and place would have been Aramaic, but simple facts such as that seem unimportant to the true believer. Eighty percent of all Christians believe that Saint Paul (if there really was such a person) was a contemporary of Jesus. Of course, the person historically known as Saint Paul, who is alleged to have been born in 67 AD (AD-that’s after the death of Christ – for those keeping score), was more likely to have been several different people, who lived and successfully propagated and propagandized the neo-messianic political cult that became known as Christianity, between the mid-first century, and two hundred years after the death of the aforementioned Jesus. 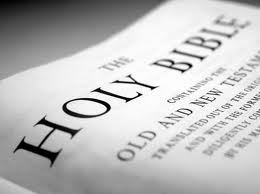 And those Gospel guys; Mathew, Mark, Luke, and John – whom almost all Christians believe to have authored those compelling stories, signed in their Anglicized noms de plume. Of course, these

stories were gleaned from folk lore handed down over several centuries, and compiled by medieval monks into the volumes that became known as the New Covenant, or New Testament.

Christianity got its first big break at the conversion of Emperor Constantine, also known as Constantine the Great, the first Christian Emperor of Rome, who issued the Edict of Milan in 313 AD, making tolerance of all religions, particularly his newly acquired Christianity, the law of the Empire. So the missionaries carried the word north, on the shoulders of the Roman Legions, and the rest was easy. The

Christian storybook, which was never intended to be taken literally by its readers is, unfortunately, taken quite literally by Christian fundamentalists, who see no reason to question any of what they see as God’s word. They seem to want to force their particular beliefs on the rest of us, but can’t seem to get the particulars of those beliefs straightened out.

I live in Florida, where Jesus, who lives in South Carolina (see the signage), plays golf regularly with Elvis, Michael Landon, and former President

Ford. Hey, I’ve seen them, and it’s every bit as feasible as the Christian Storybook, and considerably more entertaining. 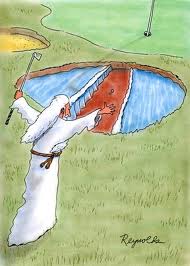 (In Jefferson we trust)

This entry was posted on May 10, 2011 by shauncostello. It was filed under Fiction and non-fiction from Shaun Costello and was tagged with Aramaic, Constantine the Great, Edict of Milan 313 AD, Elvis, Emperor Constantine, Jesus, Michael Landon, New Covenant, New Testament, President Ford, Saint Paul, Shroud of Turin, Televangelism, The Gospels.