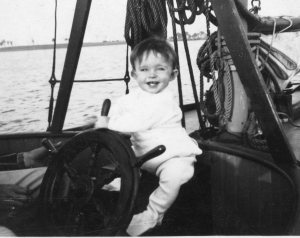 I am now pretty old, and have had certain dreams that have repeated themselves, sometimes identically, and sometimes in varying forms, throughout my life. Though my memory is nowhere near perfect, I can recollect events in detail going back to early childhood. My earliest memory is of being bathed by my mother in what seemed like a large kitchen sink, 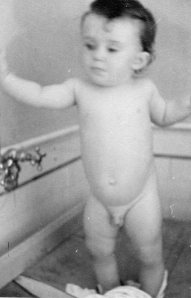 probably at the age of one, give or take. I have several visual recollections from that time, but one is quite puzzling, and I thought I would share it with you, along with a startling discovery about that memory, and the possibilities of cognitive recollections from a sensory amalgam of sources, as my brain developed. The first dream, that I remember, was at approximately the age of between eight and ten. (1952 – 1954) The visual images and music would repeat, in varying forms, on a regular basis, until a discovery in the winter of 2001. I can only be vague about the frequency and number of repetitions, but it seemed often, and in the hundreds. Over the years, I have tried to discern the reasons behind the repeated recollection, but could come to no conclusion that made sense – until 2001.

It seems like winter. I am bundled. I am low to the ground. I am not walking. I am being propelled somehow. Above me are two faces. They are women, wearing hats. The top half of their faces are covered by nets, the kind that were attached to women’s hats in the 1930’s and 1940’s. They are talking to each other, and sometimes to me, although I can not hear their voices. But I do hear music. I hear the song Alexander’s Ragtime Band, with lyrics clear and loud. That’s it. Over the years I came to some obvious conclusions:

That the two women were my mother and her best friend.

That I was being pushed along, low to the ground, in a child’s stroller.

That I was less than a year old. (I began walking at the age of ten months)

The mystery was the music. It was always recognizable as Alexander’s Ragtime Band. At some point along the way I simply stopped attempting to discover why this combination of images and music repeated itself so often, and accepted it as a fated event, and a pleasant one at that. 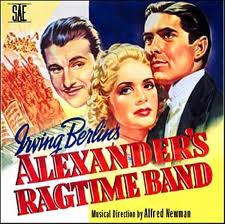 For a reason I can’t possibly explain, in the winter of 2001, I decided to take a look, and I returned to the physical location that I had concluded must have been where this took place.

I was born in the Bronx NY, in 1944. We lived not far from Fordham University. My father was in the Army, serving in the Pacific. The main shopping thoroughfare in our neighborhood was a boulevard called the Grand Concourse. To reach this 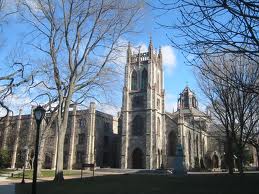 venue from where we lived, you would have to walk up Fordham Road, about ten blocks or so up a gradual incline. My guess was, that my mother probably spent more time pushing me in a stroller along Fordham Road than any other street. I must have had some time on my hands that day in 2001, so off I went, searching for my early childhood.

Oddly enough, other than demographically, the neighborhood had not changed that much. The buildings that stood, back in the 1940’s, were still there, but of course housed different tenants and businesses. I walked East past Fordham University, and began the slight climb, up toward the Concourse, which was ten blocks away, at the top of the hill. The physicality of the street seemed correct, in terms of possibly being the location of my recollections. After walking about three blocks, I stopped to get my bearings, and see the bigger picture. It was here that I saw it. 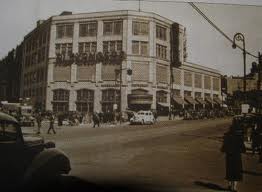 At the very top of the hill, some six or seven blocks away, was a large brick building, distinguished from the surrounding architecture only by its larger size. Along the top of the building were five letters, ALEXA, very faded, probably painted many years ago. As I got closer, I realized that these letters were not a word, but part of a word. After the second A, the building had been painted another color, covering the last letters in the name. Then suddenly, I understood. The building at the top of the hill had been the original ALEXANDERS DEPARTMENT STORE, a popular neighborhood shopping venue in 1945, but only the first five letters of the name were still there, albeit just barely. 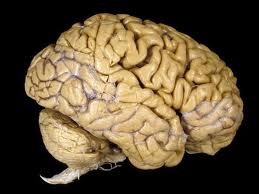 I guess you can see where this is headed, and it’s a fascinating possibility. Could the curious eyes of a child, less that a year old, have absorbed everything around him, storing different bits of data in separate parts of the brain, and have recollections of that data appear as memory, as the brain was able to decipher the information according to that brain’s cognitive evolution? That day, in that stroller, pushed along by those two women, could I have seen the ALEXANDERS sign as an image that could not possibly have any meaning until I learned to read? The sign would have been background to the closer, more vivid images of the two women, so the meaning of the letters would have no significance, until the brain was able to process the data and make the connection. The song Alexander’s Ragtime Band was popular at the time the images were imprinted. Could my brain have connected the song with stored image of the sign after I learned to spell, and scored the reoccurring dream with the song? The dreams began just after I learned to read. This was a genuine moment of discovery for me, and after that afternoon in 2001, I never had the dream again. A delicious conundrum. 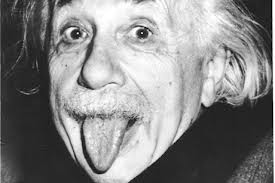