I REMEMBER NOTHING AND OTHER REFLECTIONS by Nora Ephron 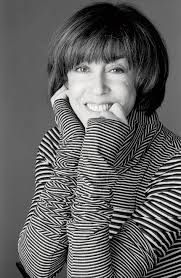 In the Seventies, Nora Ephron was America’s most entertaining essayist.

About a year ago I found myself developing a surprising appreciation of Nora Ephon. Like many New Yorkers who lived through the Seventies, I read her tasty pieces in Esquire, when she was probably America’s most entertaining essayist. As the decades passed, I read her, saw her movies (both written and directed) and enjoyed most of it. Then, about a year ago, Sleepless in Seattle turned up on HBO Streaming, so I watched. 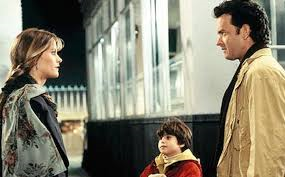 Sleepless in Seattle was perfectly constructed.

About a half hour in, I clicked on pause. I was not prepared for what I saw. It was perfectly constructed. I started watching again, and the whole movie was as perfect as the first half hour. This level of story structure is rare these days, and you’d have to go back to Hitchcock to match it. Somehow when I saw it in a theater when it was first released, the quality of the construction went right by me.  Maybe it was the popcorn.

I started revisiting her films and books. Some were great. Most were good. Nothing was terrible. I have to admit here that I was developing a serious crush on a dead person. I began to grieve at not having known her, and envying those who did. Her son, Jacob Bernstein (Jacob, out of Nora, by Carl) made a documentary about his late mom called EVERYTHING IS COPY. 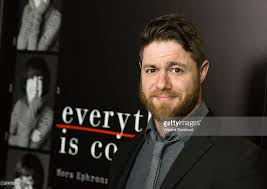 Jacob Bernstein -( Jacob, out of Nora, by Carl)

I’ve watched it several times, and the more I discovered about her, the more I grieved at never having known her. She was brilliant, and challenging, and terrifying. Had I been invited to one of her famous dinner parties, and when tested, crapped out as dull, it would have been like the death of a thousand cuts.  But, if I got a laugh out of her it might have been orgasmic.

Much of the text in Jacob Bernstein’s documentary is from the pages of the book titled at the top of this page, read by Ephron’s friends. She was dying of leukemia when she wrote and directed Julie and Julia, her last film.  As I watched her son’s chronicle, and read I Remember Nothing, I began to realize that Julie and Julia was not about those two women at all – It was about Nora Ephron. It was about Nora’s relationship with her sister Delia. It was about a perfect marriage, not necessarily about Paul and Julia Child, but, after two failures, about the perfect marriage Nora found with writer Nick Pillegi. It was about everything Nora Ephron loved, and knew she would soon lose. 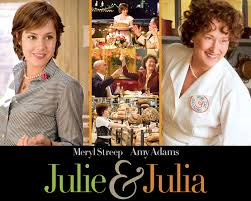 Julie & Julia wasn’t about those two women at all – It was all about Nora.

The above titled book ends with two chapters; What I won’t Miss, and What I Will Miss. Although very few knew of her illness, and claimed that they were shocked by her death, I find it surprising that they missed the clearly stated clues. In writing I Remember Nothing, Norah Ephron was saying goodbye. 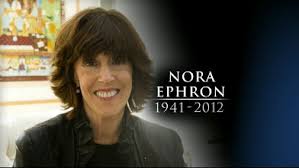 This entry was posted on October 1, 2017 by shauncostello. It was filed under Fiction and non-fiction from Shaun Costello, Uncategorized and was tagged with Delia Ephron, Jacob Bernstein, Julie & Julia, Mike Nichols, Nick Pillegi, Nora Ephron, Nora Ephron's dinner parties, Sleepless in Seattle.