FINALLY – PROOF THAT CARTER STEVENS IS AN ALIEN

Associated Press January 24, 2012 In a startling news conference today that rocked rural Pennsylvania, Barnaby McNabb, the Mayor of the Township of Pocahontas, stated for the record that he had proof that one of Pocahontas’s residents, a Mr. Carter Stevens was, in fact, an alien being. Long suspected of unusual behavior, Mr. Stevens posted a suspicious photograph of himself on a social networking web site. “The minute I saw that picture, Stevens’ goose was cooked”, claimed Mayor McNabb. “That pink helmet was a sure-fire giveaway.

With those two antennae on his head, Stevens was obviously able to communicate with others of his ilk, and we’ve been listening, believe me”. McNabb claimed that local and State authorities have intercepted encrypted radio messages transmitted from the area of Stevens’ home. “He’s talking with some guy named Klaatu something-or-other. It’s all in some Nikto-Shmikto alien mumbo jumbo, but our boys are getting to the bottom of it, you can bet on that”. Stevens first came under suspicion when local livestock began to disappear. “Cows, chickens, goats – you name it. And those farm boys all claimed the same thing – a strange, bright light in the sky, and some kind of light beam that hit their barns, and faster than you can say Jack Robinson, there goes Ole Bossie” 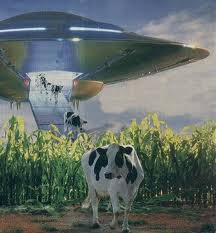 Mayor McNabb further asserted that the disappearance of  livestock began shortly after the arrival of Mr.

Stevens in the Pocahontas community. “We had a real peaceful little town before that creature showed up. Then everything went all kerfluey, and critters began to disappear. First the farm animals, then the girls”. The Mayor seemed reluctant to explain details, but said that within a month of the first kidnapped cow, the young women of Pocahontas began to disappear, one after another. “I

guess Stevens and his alien cohorts experimented with the livestock, before moving on to the town’s young women. God only knows what he did with them. I shudder to think what those poor girls went through”. Each of the abducted women reappeared after a period of three days, but according to friends and family members, their behavior had become quite different. “They were all from good Christian families. God fearing folks. Church-goers, every

one. But you’d never guess it from the way they acted, once they escaped from the clutches of that alien maniac”. The clue that broke the case wide open, according to Mayor McNabb, was a photograph that Mr. Stevens posted on his Facebook page. “The first thing I noticed was that pink helmet, a dead giveaway if there ever was one. But then I saw the vest. He was wearing a black leather vest. Some kind of space-garb, 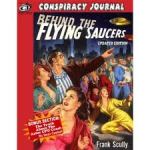 I guess. But when I had a look-see at what was painted on the back, I near to had a heart attack. It was the spitting image of Elsie Bronkowski, a girl I’ve know since she was in diapers, and the first young woman to disappear”. The Mayor claimed that the Bronkowski girl, like all the rest, reappeared three days after her abduction, but had gone through some kind of alien makeover. “Elsie was a devout Seventh Day Adventist.

Baked seed cakes for the church socials. Did you see that drawing of her on Stevens’ vest? Naked as a Jaybird. Some kind of restraint devices on her wrists and ankles. God only knows what they put her through. And now, well let’s just say she’s become a daughter of Satan. Works at the Peek-a-Boo Lounge, over in Stroudsburg, dancing naked for the truck drivers. A good Christian girl, abducted by Stevens and his alien cronies, and now look at her – all sweaty and naked. Shaking her booty for those perverts”.

Although he would not go on record as saying so, Mayor McNabb suggested that law enforcement personnel had made a covert visit inside Stevens’ 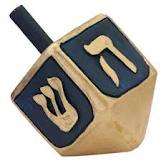 Pocono retreat. “Let’s just say we came up with the clincher, evidence wise. These aliens are crafty, I’ll tell you that. We found, what looked like some kind of toy. You know, like a top, that a child would spin. And it had some kind of writing on it – foreign writing. Like nothing from this earth. Here it was – the language from another world. Some kind of intergalactic gibberish. And then it hit me. This is how they learned about space travel. How they

invented the flying saucer. As young mutants, they would spin these toys, probably on some kind of alien Holiday, and watch them spinning, and out of the minds of these space kids came the flying saucer. And now, everyone in Pocahontas is hiding behind locked doors. No one is safe. And young girls I’ve known since they were kids, are flagging down sixteen wheelers at truck stops. And

it’s all because of Stevens. First it was Roswell, now it’s Pocahontas. And next? It looks to me like world conquest. And how did they do it? It all started with that little top. The one with the funny writing all over it. And now, the world as we know it, looks like it’s coming to an untimely end. Goodbye, my friends”.

A tearful Mayor McNabb left the press conference, an obviously shattered man. Phone calls, made in an attempt to confirm the Mayor’s remarks, to the Pennsylvania Governor in Harrisburg, and to NASA, went unanswered.