(About half way through writing this, I became aware that these books are all about war and politics)

Douglas Southall Freeman….. ROBERT E. LEE….. And his equally extraordinary three volume work – LEE’S LIEUTENANTS: A STUDY IN COMMAND……..MANASSAS TO MALVERNE HILL, CEDAR MOUNTAIN TO CHANCELLORSVILLE, and GETTYSBURG TO APPOMATTOX. Just about the entire Civil War from The Army of Northern Virginia’s point of view. This is a magnificent series of volumes, and you’ll be a better human being having read them.

Neil Sheehan…..A BRIGHT SHINING LIE…..The one volume that explains America’s involvement in Vietnam so much better than all the rest. Sheehan covered Vietnam as a war correspondent and wrote with a rare intimacy of the characters on both sides.

Winston Churchill…..THE SECOND WORLD WAR…..Of the thousands of books written about the war, Churchill’s perspective is unique, as is his ability as a writer.

William Shirer…..THE RISE AND FALL OF THE THIRD REICH…..The Germans are notorious record keepers, and their massive chronicle of Nazi Germany’s birth, its criminal war machine,  and its ultimate end were captured by the Allies before they could be destroyed. Shirer had unique access to the mountains of material, and his thousand page volume is probably the most complete record of a major nation’s rise and fall ever compiled.

Bruce Catton…..THE ARMY OF THE POTOMAC…..This is a three volume work:

MR. LINCOLN’S ARMY, GLORY ROAD and A STILLNESS AT APPOMATTOX. Lincoln’s problem was that his Generals did not want to fight their West Point schoolmates, who were now commanding the Confederate Army. Catton’s chronicle is an intimate and perceptive look at the Civil War from the Union’s point of view.

Norman Mailer…..MIAMI AND THE SEIGE OF CHICAGO…..1968 and the Republican and Democratic national conventions. The republican love-fest in Miami, and the conflagration that took place in Chicago. How did it happen? Who was to blame? Mailer’s book is exhausting and deeply satisfying. He was born to write this chronicle. I’ve read it three times, learning something new each time. Mailer’s talent as a story teller is unique.

David Halberstam…..THE BEST AND THE BRIGHTEST…..The brilliant men who involved America in Vietnam, and kept her there. Robert McNamara, McGeorge Bundy, Dean Rusk, George Ball, William Westmorland, and Presidents Kennedy and Johnson. How is it possible? The handwriting was on the wall, and it was ignored. Halberstam’s book is a revelation.

Robert Caro…..THE YEARS OF LYNDON JOHNSON/THE PATH TO POWER…..This is the first volume of three about LBJ, and probably the most intimate chronicle of Johnson’s life and career, from the Texas hill country to the Halls of Congress. A unique look at a fascinating man.

Carl Bernstein and Robert Woodward…..ALL THE PRESIDENT’S MEN…..Two young newspaper reporters who brought down a Presidency. It’s been too many years since I read this. Time to read it again. We all know the story, but how many of us have read the book. Why did Nixon do it? It made no sense. The senior writers on the Washington Post all wanted a piece of this, once the story developed, but Bradley stuck with “The Boys”. A fabulous story.

James McPherson……THE BATTLE CRY OF FREEDOM….. If the three volume sets, listed above by Freeman and Catton, seem like too exhausting a chore, and you were looking for a single volume that explains the Civil War, from the perspective of both sides, McPherson’s chronicle fully integrates political, social, and military events that crowded the two decades, from the outbreak of the war in Mexico to the ending of another at Appomattox. A solid piece of Nineteenth century history.

YOU DON’T NEED STATUES AND FLAG WAVING TO BE A GOOD CITIZEN – GROW UP AMERICA. 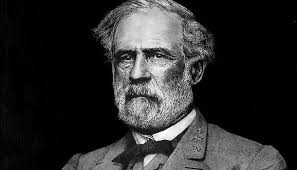 I can’t imagine that there is doubt in anyone’s mind, that Robert E. Lee was an honorable man.

Yesterday, October 30th, in an interview on Fox News, White House Chief of Staff, General John Kelly defended Confederate General Robert E. Lee, and referred to him as an honorable man. He also had some odd comments about the cause of the Civil War. In today’s news he was roundly criticized. In my opinion, he meant well, but misspoke, and the criticism of his statements is grossly exaggerated. 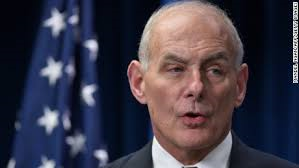 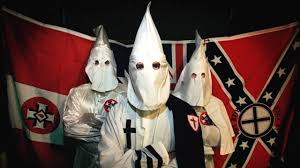 They Grey Army of the past lives on in the sheets and hoods of the Ku Klux Klan.

Anyone who has spent any time reading nineteenth century history, and more specifically, about the American Civil War, would come to the conclusion that Robert E. Lee was an honorable man. But at issue here is erecting and maintaining statues of Confederate soldiers. Most of these were erected, not directly after the Civil War, to honor the brave and the fallen, but instead, in the early twentieth century, symbolic of Jim Crow America, in an effort to remind African Americans that the Grey Army of the past lives on in the sheets and hoods of the Ku Klux Klan. 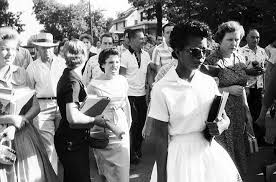 The glorification of the Confederacy is all about racial hatred

And that the uppity Negro better not get too uppity, lest the Klan is comin’ to getcha. The Confederacy declared war on the United States, creating a conflagration that yielded half a million dead. It was America’s darkest moment. The ongoing glorification of the Confederacy is based more in racial hatred, than in honoring the Army in Grey. Instead, read Douglas Southall Freeman’s extraordinary biography – ROBERT E. LEE. And his equally extraordinary three volume work – LEE’S LIEUTENANTS: A STUDY IN COMMAND……..MANASSAS TO MALVERNE HILL, CEDAR MOUNTAIN TO CHANCELLORSVILLE, and GETTYSBURG TO APPOMATTOX. Just about the entire Civil War from The Army of Northern Virginia’s point of view. This is a magnificent series of volumes, and you’ll be a better human being having read them. You don’t need statues and flag waving to be a good citizen. Grow up, America.