The picture story of one man’s triumph over

the juggernaut of the Japanese Empire’s military

Lt. Al, resplendent in his custom tailored Army duds from Saks Fifth Avenue. Portrait taken in New York in late 1943, before he shipped out to the Pacific to take on Tojo.

In 1943, as the beastly hordes of the Japanese Empire marched triumphantly across the vast Pacific, devouring island after island, dancing the hideous gavotte of war, carving a swath of total destruction, moving ever closer to a cowered and frightened America, whose helpless West Coast surely awaited a pitiful fate, one man alone stood in the path of this dastardly aggression. One man, stalwart and proud, threw himself in harm’s way, disregarding the certain danger, ready to save an America brought to her noble knees by the savage onslaught of the yellow menace. One man, strong and unafraid, stood ready to spit in the face of the swarthy Tojo. One man –Champion of liberty, Defender of the American way, and friend of the working girl. One man – Lieutenant Al, the pride of the Army Signal Corps. This album is the picture story of that one man’s triumphant defense of America, singlehandedly pushing those squinty-eyed, buck-toothed yellow bellies back across that same Pacific, back to their jaundiced little islands, to wallow in the raw fish and Geisha culture of their questionable ancestors. One man. Our man. My father. Lieutenant Al. 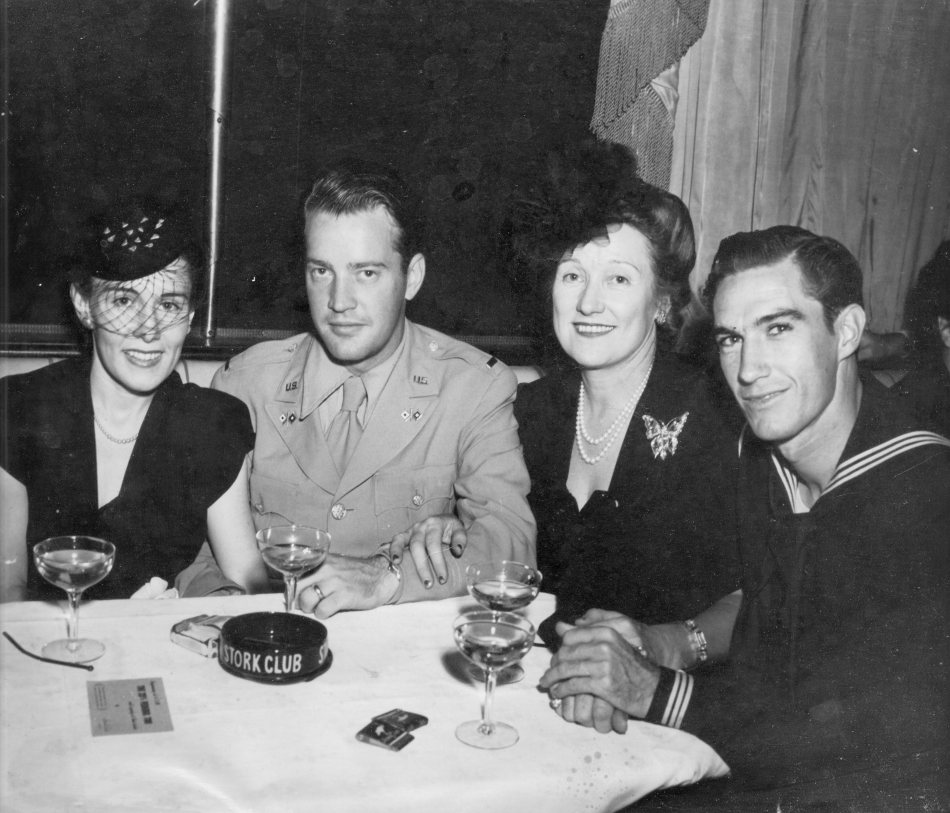 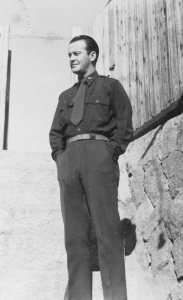 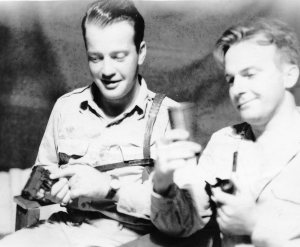 Lt. Al tells his army buddy, “My gun’s bigger than yours.” I wonder what else they compared. 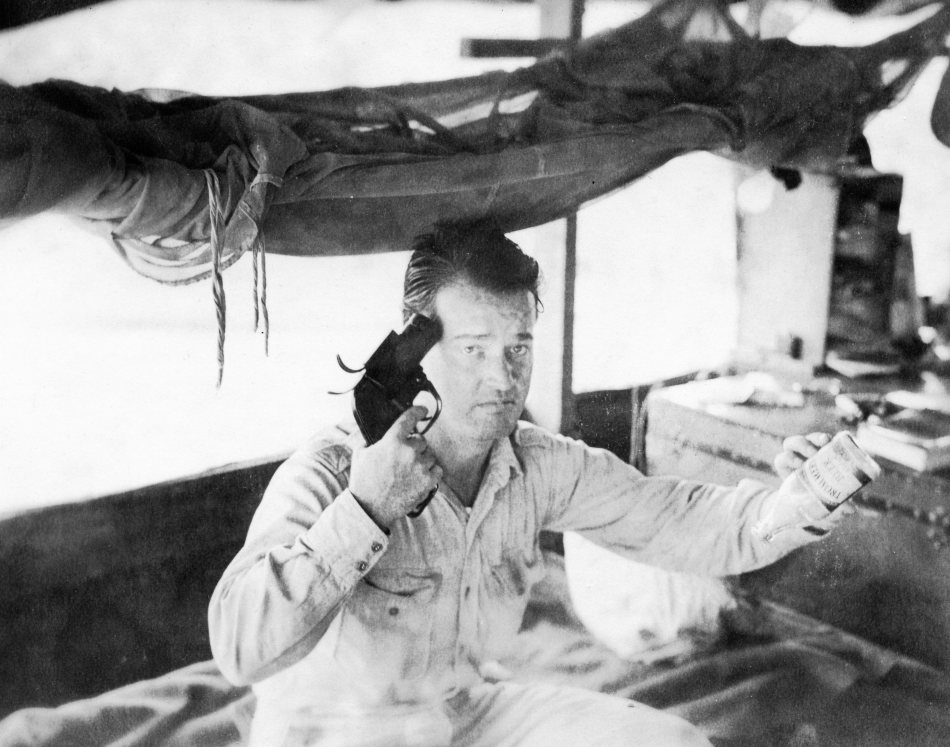 OUT OF BEER, Lt. Al explores the alternatives. 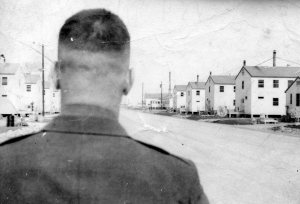 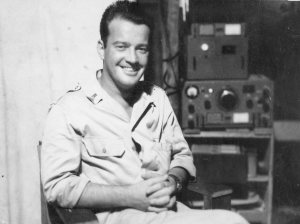 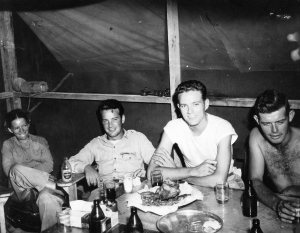 Lt. Al knocking back a few cold ones with his Signal Corps buddies. Papua New Guinea 1944

Lt.Al sitting on his Jeep. Planning his next move against the Japs. Papua New Guinea 1944

A C46 in the sky over New Guinea. Probably bringing photographs in the mail of little Shaun. 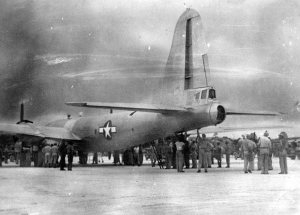 Lt. Al and the boys lining up to meet the mail plane. Maybe there will be pictures from home. New Guinea 1944

A happy Lt. Al gets the news. He’s going to the Philippines to tangle with Tojo. New Guinea 1944 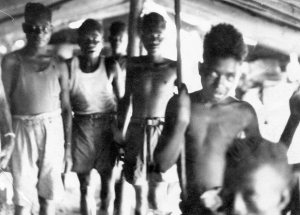 Papuan native visit Lt. Al’s tent. This was the first time their picture had been taken. New Guinea 1944 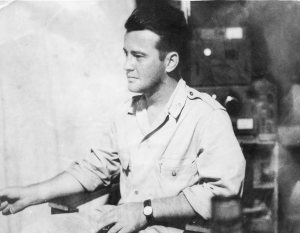 Lt. Al in the Radio Room listening to the ball scores. 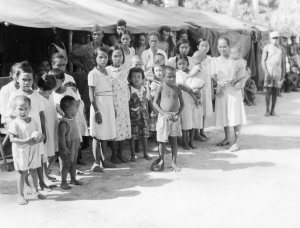 HERSHEY BAR DIPLOMACY – The natives line up for snacks from Lt. Al and his pals. Papua New Guinea 1944

Lt. Al and his buddies getting ready to move on to the Philippines.

On board ship heading to the Philippines, Lt. Al catches some rays.

On the way to the Philippines, Lt. Al snaps a few pictures.The swarthy Japs are out there somewhere, 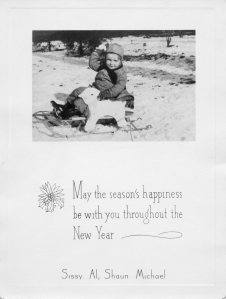 LOOK OUT TOJO – Lt. Al and his pals kick the Jap hordes out of the Philippines. 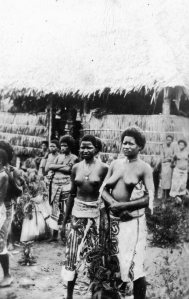 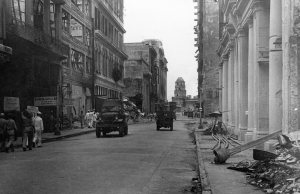 DOWNTOWN MANILA After Lt. Al kicked those Japs the hell out of there. 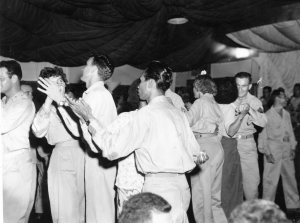 P51’s lined up and ready to rumble. Outside Manila Philippines 1945 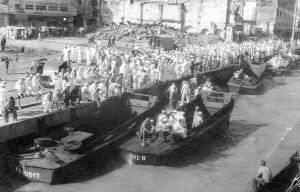 Lt. Al joins the occupation forses in Honshu Japan. Here he is having his first Geisha experience. – Occupied Japan 1945

Lt. Al is getting to like this Geisha thing – Occupied Japan 1945 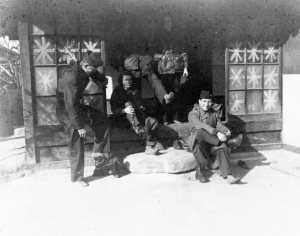 Lt. Al and his buddies remove their shoes before entering a Japanese Tea Room – Occupied Japan 1945

Lt. Al flexing his muscles after beating up on Tojo and his boys – Occupied Japan 1945 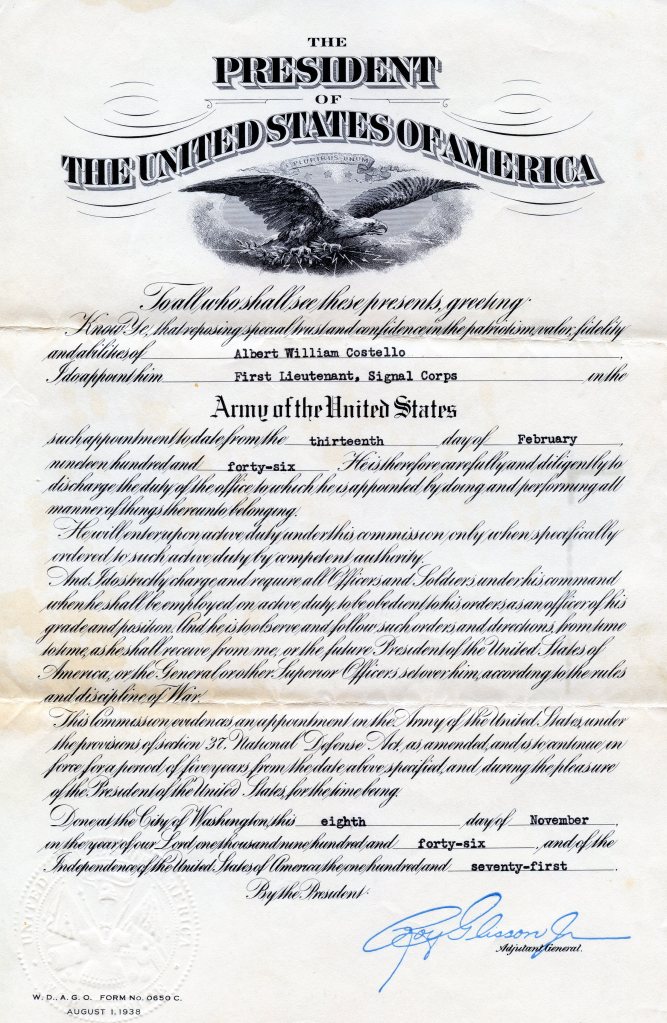 THANKS OF A GRATEFUL PRESIDENT – After single handedly laying the whup on the Empire of the Sun, Lt. Al accepts the gratitude of the Commander in Chief.

The boys in the Pacific carried family pics with them. Lt. Al was no exception. Yep, that’s me in the middle. Time to head home.