Facebook’s Morality Police are on the march.

Facebook, sometimes known as the AMERICAN BOTS AND TROLLS SOCIETY, in an attempt to reverse the world-wide perception that its rabid greed for advertising revenues, and lack of interest in who exactly does that advertising, was directly responsible for putting Donald Trump in the White House, is taking on a new role as America’s moral compass. Yes folks, there’s a new Sheriff in town, and his name is Mark Zuckerberg, and he’s the Imperial Wizard of Facebook’s Morality Police.

Facebook’s membership will now he held to a whole new set of codified regulations that will determine what can be said, and what can not, on the pages of this vaunted internet venue. So, Facebook’s subscribers will be punished, as compensation for the internet cash cow’s greed and irresponsibility.

On May 25th, someone shared an article on Facebook about the dubious behavior of a State Representative in New Hampshire. (Link Below)

It seems that, in an attempt to prevent the moral hazards of public nudity, the politician stated that, if a woman were to expose her breast in public to nurse an infant, he had the right to grab the breast in question. I was outraged by the brazen insensitivity and sanctimonious presumptions in the politician’s statement. So, beneath it, in the comments section, I wrote, “Men are such assholes”. A few hours later, I was notified that I was to be blocked from posting on Facebook for a period of three days, for breaking Facebook’s new code of regulations. I was stunned. In an attempt to appeal what I considered to be an outrage, I clicked on a few boxes until I found myself offered a venue to explain my outrage. Into that box, I typed the following:

“The comment that I made in response to a New Hampshire State Representative, who stated openly that if any woman in his state bared her breast to feed an infant in public, he had the right to grab it. I responded, “Men are such assholes”. Was the New Hampshire Representative blocked for making this horrific remark? Of course not. It’s bad enough that Facebook helped put Trump in the White House, but now Facebook takes on the sanctimonious role of The Morality Police. And by the way, I stand by my comment”.

When I clicked send, a notice appeared that said, “We could not process your request. Please try again later”. I tried ten additional times and got the same notice each time. This tells me, of course, that the appeal function, falsely offered by Facebook, is intentionally defective; to create the illusion of fairness, while blocking one’s ability to effectively protest.

So, Facebook’s advertising juggernaut, which has conspired to give the world President Donald J. Trump, marches full speed ahead, with multi-billionaire Mark Zuckerberg, a knight in shining armor at its head, sowing the newly embraced seeds of morality, as it reaps its fortunes, unregulated by a cowardly Congress, tacitly approving a State Representative’s threats to grab the breast of any woman who has the temerity to nurse her child in public; while simultaneously punishing its membership for calling him an asshole.

The Morality Police busy themselves saving children from reality. 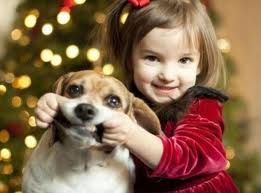 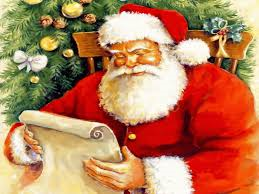 Members of the Liberal press, people I listen to, and read daily, had a communal nosebleed when a Fox News bimbo-clone and a few Republican idiots recently proclaimed that Santa Claus was their favorite color – WHITE. I’m as liberal as liberal gets short of anarchy, but I find no fault in Santa’s being white. Santa Claus, AKA Saint Nicholas, Kris Kringle, Father Chrismas, etc, is a product of Northern European folklore, and his inclusion in the celebration of Christmas is a product of Northern European culture and tradition. As Europeans immigrated to the New World, they brought their traditions with them, and an Americanized version of the Santa character evolved on our shores. America, unlike Northern Europe, became a multi-cultural nation, and as different nationalities and races assimilated into American society they were exposed to each other’s religious beliefs, celebrations, and traditions. America’s diversity is our greatest strength, and tolerance of our differences, while long in coming, is an American phenomenon well worth the wait. 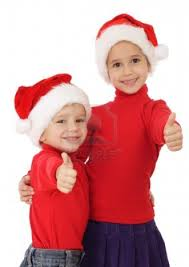 The celebration of our individual ethnic traditions by Christians, Jews, Moslems, Hindus, etc, does not make us any less American. I hope that Christmas and Chanukkah are never, at some future date, molded together into a celebration of the ultimate amalgam of political correctness – Christukkah. The Jewish God, with his flowing white hair and beard, and lightening bolts in each hand, ready to toss at some unfortunate offender, would never allow it. Nor should he. Chanukkah, the festival of lights, is a

wonderful holiday that should remain forever Jewish. As Christmas, a celebration, for those who are keeping score, of the birth of Christ is, and should always remain Christian. That Santa should have no color is preposterous. That the spirit of Christmas should have no color is something to strive for. I can only hope that one day, children will honor and celebrate the spirit of each other’s ethnic holidays and appreciate the wonder of their differences. 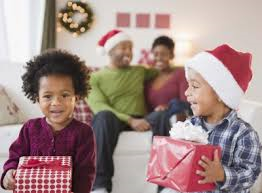 The commercialization of Christmas in America has turned a once charming tradition into a frenzy of gift giving that borders on the ridiculous. The spike in the suicide rate at Christmas time has a direct correlation to the obligation Americans seem to feel to give the right gift, and the disappointment and shame they feel when they fail to do so. Bargain sale days like black Friday, which allegedly exist to help shoppers fulfill their obligatory purchases for the upcoming gift swapping conflagration that Christmas has become, have become so competitive that gift-hungry buyers line up sometimes several days in advance to assure their purchases at the right price. This holiday season has so far seen three deaths at shopping venues, two by gun shot wounds, as frantic shoppers compete, sometimes violently, for the discounted price.

Traditional icons of the Christmas celebration, like Santa Claus, have lost their luster, and their connection to the idea of Christmas. As commercialization overtakes ritual, 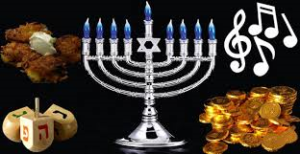 Christmas loses the charm of its identity, and morphs into the struggle of buying, and giving, and returning, and the never-ending obligation to succeed in the frenzy of finding the perfect gift. Americans have long ago lost touch with the origins of this Holiday and the traditional characterizations that have always accompanied the

celebration. So, Santa Claus, a product of centuries of folklore, becomes a plastic, red and white, bearded face on a front door. We no longer think of him as flesh and blood – the jolly white-bearded, bearer of Yultide gifts, driving his reindeer and sleigh through the skies to bring joy and gifts to the children of the world. He’s been lost in the amalgamation of the idea into the commercialization of the moment.

So just why, exactly, do Liberals think Santa has no color? Are they so guilt-ridden that they busy themselves creating an antidote to offending absolutely anyone? Do they really think that Black children can’t relate to a Santa who is white? Do they

really think that black children see the world as grey? Do they really think that black children are oblivious to the fact that there are black people, and white people, and yellow people, and brown people? Are they so lost in the androgyny of their morality that they’ve gone on the permanent defensive against the celebration of anything unique or individual?  Do they really feel that playing the role of the morality police compensates for a lifetime of questionable decisions and behavior? Do they really think they can throw us all in the blender, obliterate our differences, and turn us into them? Just what exactly are they afraid of? Why can’t Santa be white – the guy is from Poland.