In the late summer of 2016, at the VA Clinic in Port Charlotte, Florida, I was told by Dr. Alice Higgins, that my cataracts had grown to the point where surgery would be necessary. She arranged for an appointment for me with an Ophthalmic Surgeon, Dr. Bethlehem Belachew, at the VA facility in Cape Coral. Because of the many senior Veterans in this area who need cataract surgery and the fact that Dr. Belachew is the only surgeon available, an appointment with Dr. Belachew could not be accomplished for several months. The scheduler at the Ophthalmology Department at Cape Coral told me that, in cases like mine, Veterans were turned over to the Veteran’s Choice program, which is administered by Healthnet, an insurance provider. Healthnet is contractually obligated to pay private sector medical providers for those same medical services provided at VA facilities, in cases where an appointment cannot be provided within a reasonable amount of time, or when distance to a VA facility is prohibitive.

Cataract surgery for a patient with astigmatism, and in need of distance correction, requires the insertion of a Toric Lens during the surgery. When cataract surgery is performed at a VA facility, the VA provides Toric lenses for its patients who require them. During my first examination by Dr. Robert Friedman at The Eye Associates, I was told that Toric lenses are considered an upgrade by insurance companies and are not covered. I told him that I was a VA patient, and that, since the VA provided Toric lenses when cataract surgery was done at VA facilities, Healthnet was contractually obligated to the VA to cover the cost, which, in this case would be $4,000. During the following two months, an exhaustive negotiation took place between myself, The Eye Associates, and Healthnet. Healthnet simply refused to guarantee payment of the Toric lenses. I enlisted the help of the VA, and after another month or so, Healthnet agreed to guarantee payment of the Toric lenses.

My first surgery was on January 17, 2017. My second surgery was on March 28th, two months later. In late February I began getting phone calls from Bob Marshall, the CFO of The Eye Associates. It seems that Healthnet was not making the payment they had guaranteed to The Eye Associates. Mr. Marshall told me that, if Healthnet failed to pay for the lenses that I would be held responsible for payment. Once again, I called the VA for help, and they attempted to help.  By mid-March the VA personnel had read the riot act to Healthnet, and Healthnet finally agreed to make the proper payment.

For the VA, the Veteran’s Choice program has become toxic. For the Veteran, in this case me, it has caused an impossible financial liability. Believe me, I am not the only Veteran who has been put in this position by Healthnet and their Veteran’s Choice program. I sought help in the Veterans Advocate’s Office in Cape Coral, Florida. Two advocates, Brett Kangas and Susan Billington, attempted to intervene with Healthnet, but after a while, Healthnet seemed to bully them into submission.

Here are two emails, from and to Susan Billington, a Veteran’s Advocate:

I apologize for the delay as Mr. Kangas is not in. He did brief me on his efforts on your behalf before he departed. His discussions with our eye care specialists indicate the Toric surgery was not authorized in your case. Additionally, there is no authorization for this procedure in your Healthnet authorizations.

I am sorry we could not provide a more favorable reply

I am a bit stunned by your email. I never saw a VA eye specialist. I assume you mean Dr. Belachew, who I never met. I was enrolled in the Veteran’s Choice program by Dr. Belachew’s assistant, without being examined by Dr. Belachew. It was Veteran’s Choice followed by Healthnet that claimed Toric lenses were not authorized for VA patients. And it was Dr. Belachew’s office that confirmed that, when necessary because of astigmatism or distance correction, Toric lenses are provided during cataract surgery performed at VA facilities. Healthnet is contractually obligated to pay private sector medical providers who perform identical services to those performed at VA facilities. Healthnet is notorious for not paying out benefits for Veterans who are enrolled in the Veterans Choice Program. Healthnet, is an insurance provider that is contracted by the VA to administer the Veteran’s Choice Program. Healthnet is a for-profit corporation that has a long history of taking monies ear marked for Veterans, and lining their pockets. Benefits eat into profits.

In my opinion, Mr. Kangas has been remiss in his duties as an advocate for Veterans. He seems to be advocating for Healthnet. Healthnet has obviously bullied him into submission. The medical provider involved, The Eye Associates, will now attempt to collect the four thousand dollar fee for the Toric lenses from me personally. It is my opinion, and the facts are on my side, that a government contractor, Healthnet Inc, is lining its pockets with monies ear marked for Veterans. It is my opinion that Mr. Kangas has forgotten who pays his salary.

I will not rest until this outrage is resolved. I have made this matter known to Suzanne Klinker in Bay Pines, as well as the office of Secretary of Veteran’s Affairs Shulkin, Senators Rubio and Nelson, Congressman Rooney, and White House senior staff. I’m quite certain that I am not the only Veteran who has fallen victim to the Veteran’s Choice Program, and its criminal administrator, Healthnet Inc.

I have been helped by Ms. Billington in the past and was shocked that both she and Mr. Kangas seem to have been bullied into submission by Healthnet. The Veterans Choice Program is dysfunctional because Healthnet has a long record of not paying medical providers. In this case, I spoke with 15 medical providers, all of whom refused to deal with Veterans Choice because of past unpaid invoices; before I finally found The Eye Associates in Sarasota. After two months of negotiating, between Healthnet and Bob Marshall, the CFO of The Eye Associates, Healthnet finally guaranteed payment for the Toric lenses. Two weeks later they, once again, refused to make payment.

With a large invoice from The Eye Associates looming in my immediate future, I sought help from those whose good offices seemed appropriate in the solution of my problem. Listed below are those from whom I sought help, and how they responded.

For those keeping score, here’s the scorecard:

I received three emails, one snail mail, and two phone calls. I was told that my problem was being handled by a senior staffer in Orlando. 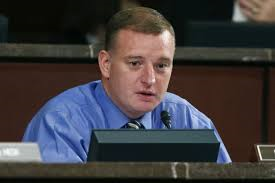 I received two emails, one snail mail, and one phone call. I was told that Rooney’s office had submitted a Congressional Inquiry to the Congressional Liaison Office at the VA.

I sent two detailed letters. Both were ignored.

Only two out of six responded, which, while not surprising, is still a disappointment. To my knowledge, the medical provider in Sarasota has still not been paid, and the VA has washed its hands of this event, a problem of their creation, and of their responsibility. The two alleged Veterans Advocates; Susan Billington and Brett Kangas, no longer respond to my emails or phone calls. Any day now, I expect the invoice from The Eye Associates for approximately $5,000, which Healthnet has refused to pay.